SARASOTA, Florida. – The Sarasota-based Pickleball Club is building a 33,000 square foot club at Lakewood Ranch with 12 indoor and two outdoor courts. This is just the beginning of their pickleball projects in Florida.

Players of all skill levels can enjoy a good game of pickleball. It is a cross between tennis, badminton and table tennis. Some call it “ping pong on steroids”.

Pickleball has become the fastest growing sport in the United States according to the Sports and Fitness Industry Association, with nearly 5 million players – and more expected – rallying for space on the court.

“Three or four years ago the average age was in the 50s,” said Dominic Catalano, general manager of Pickleball Club. “Now it’s closer to the 1940s because all these young players come in finding it very competitive but also fun at the same time.”

“And to top it all off, we have our 1,200 square foot mezzanine that overlooks the whole setup that we’ll have up there for parties and tours,” Catalano said.

Each club will also be equipped with million dollar technology allowing players to record and review lessons with instructors. They already have selected sites in Bonita Springs, Port St. Lucie and Fort Myers. They are also exploring lands in Pinellas, Hillsborough and beyond.

“The Tampa area is such a hotbed for pickleball, and we’ve had trouble finding courts there,” marketing manager Nova Grande said. “But we are close. We have a lot of hope.” 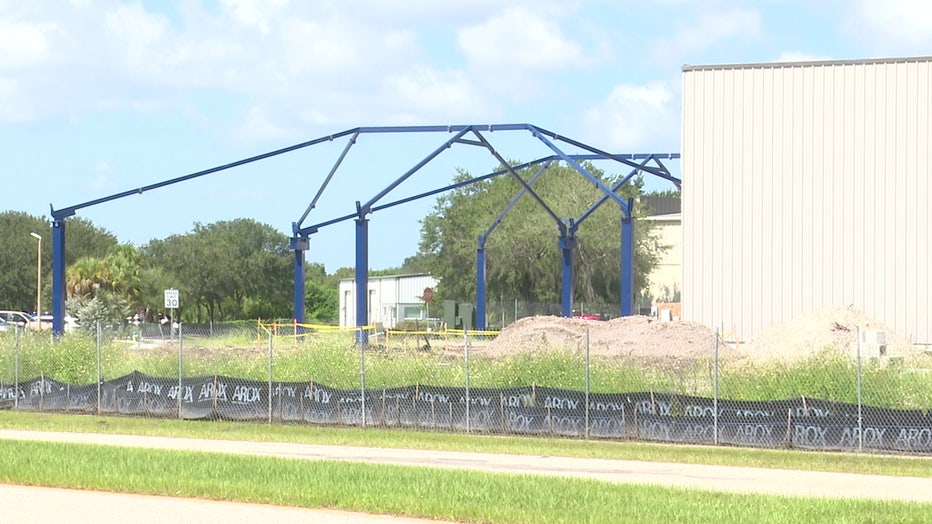 Although this is a members club, there will be clinics and lessons open to the public.

“Our goal is to bring a different style of pickleball, a club atmosphere, but a welcoming club atmosphere where you don’t feel that stuffiness,” Catalano said. “We want everyone to feel welcome at all times.”

The idea is not just to create a sports facility, but a social, educational, entertainment and health haven under one roof.

“It will almost be like pickleball heaven,” Catalano said.

In this case, the gates and courts will open around the new year.

If you are interested in joining, you can register now. There will be a cap on memberships as well as a waiting list to ensure the courts don’t get too crowded.