Para-rowing tests the strength and endurance of athletes over 2,000m. But there’s a lot more to the sport ahead of Tokyo 2020.

1. Appreciated by the Olympic founder Baron de Coubertin himself, rowing has been a part of all the Olympic Games. Para-rowing, on the other hand, is one of the â€œnew kids of the blockâ€ in para sports. The first world championships were held less than 20 years ago and the sport made its Paralympic debut in Beijing in 2008.

Great Britain has won half of the 12 Paralympic events contested.

2. Long before the creation of the Paralympic Games and more than a century before para-rowing made its Paralympic debut, acclaimed American disability rights advocate, Helen Keller, learned to row. Deaf and blind since childhood, rowing has become one of the favorite activities of this legendary figure.

3. Created by the international federation World Rowing, para-rowing is similar to its Olympic counterpart; Para-athletes participate in the same regattas, use the same docks and row the same distances (2000 m). The boats are the same too, with some modifications for safety.

One element of para-rowing that cannot be found at the Olympics is mixed crews. The races in doubles (PR2Mix2x) and in four (PR3Mix4 +) are mixed. 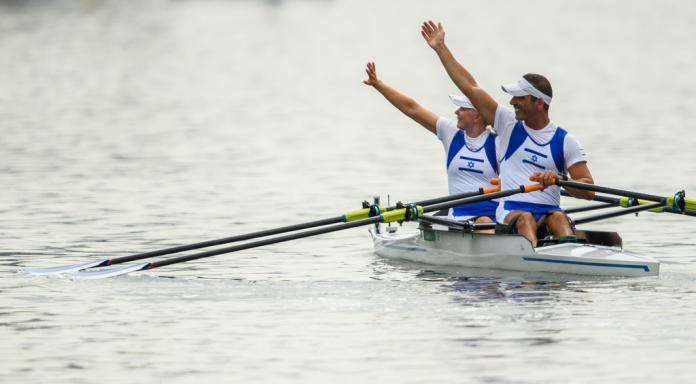 4. Classification in para sports is used to ensure fair competition. There are three categories of para-rowing:

â€¢ PR1 (single men and women) are rowers with minimal or no trunk function that mainly propel the boat through the function of the arms and shoulders. These rowers have poor seated balance which requires them to be strapped to the boat / seat.
â€¢ PR2 (mixed doubles) are rowers who have functional use of the arms and trunk but have weakness / no leg function to slide the seat.
â€¢ PR3 (mixed baring fours) are rowers with residual function in the legs which allows them to slide the seat. This class also includes athletes with visual impairments. 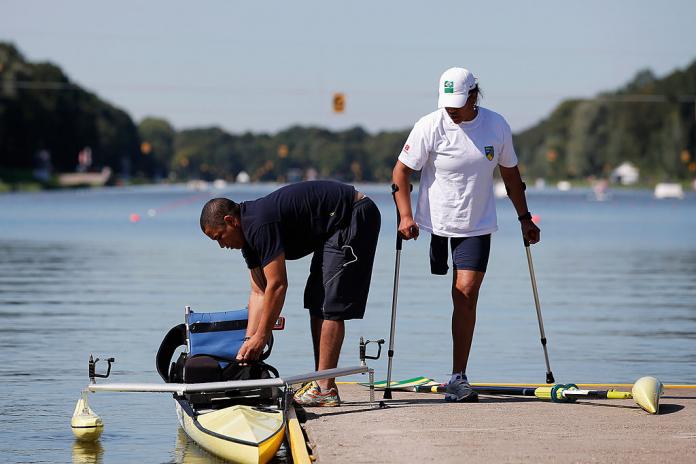 5. Twelve nations qualify in each event and are divided into two rounds. The winner of each round qualifies directly for the final while the other boats have a second chance thanks to the repechage. The first two boats of each draft advance to the final alongside the two boats in the heats.

For the first time at the Games, para-rowing will use the same distance as its Olympic counterparts – 2,000m. Adopted in 2017, this rule change doubles the distance used during the 2016, 2012 and 2008 Paralympic regattas.

6. All para-rowing events take place on a six-lane straight line course divided by marker buoys. In Tokyo, all races will take place on the specially designed marine forest waterway in Tokyo Bay, parallel to the Tokyo Gate Bridge. The course is separated from the bay by dams at each end of the course. 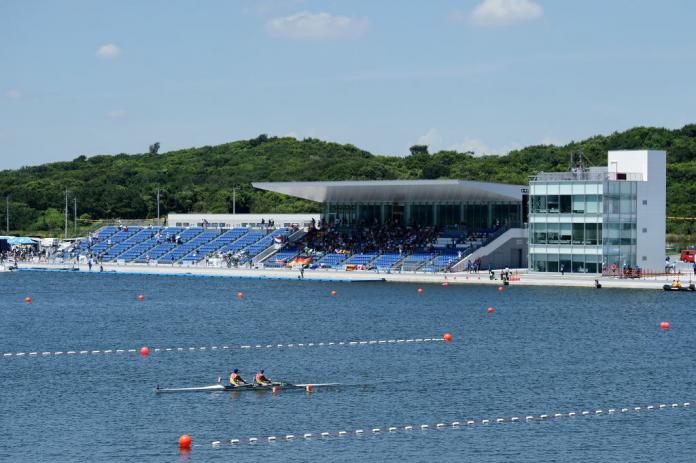 7. The boats used in para-rowing are the same as for Olympic rowing, except for a few modifications made for safety. For solo racers, all boats must have flotation devices or pontoons on both sides to maintain balance. The rowers are strapped to their seats and the seats do not move.

For doubles, the seat is also fixed. But athletes have more ability to use their torso when rowing.

8. It is important to understand the jargon of rowing. The word “stroke” might be the first to come to mind. Stroke means more than one thing – the person sitting in the stroke seat (fourth of four seats) is stroke. The racing side of the boat is the bow side. To make a stroke is to perform the movement of a full rowing action / stroke.

â€¢ Sweep vs scull – Sweeping means that a rower uses both hands on an oar on one side of the boat; scull means that a rower uses one hand on each oar on either side of the boat
â€¢ Clean grip – A perfect entry, where the oar enters the water with virtually no splash
â€¢ Catch a crab – When the oar gets stuck in the water during a stroke. A crab will slow the boat down, while a particularly bad crab can even throw a rower from the boat.
â€¢ Power 10 – Used when a crew wants to gain ground or overtake a boat, the crew accelerates its rate of strokes per minute. 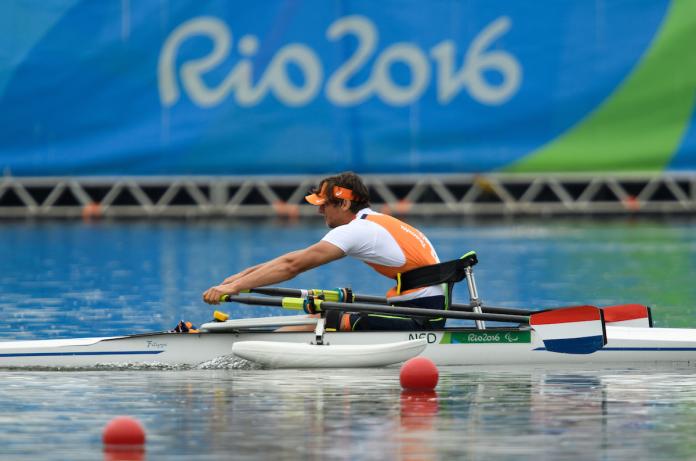 9. As rowing records are strongly influenced by weather conditions, the best times in the world are used instead of “world records”. Times are compared to other races on courses that use official world rowing timekeeping. Currents, tailwinds, and even water temperature can also affect the world’s best times.

In para-rowing, the Ukrainian Roman Polianskyi (UKR) holds the best time in the world in the men’s single scull with 9: 12.99 (+13 km / h) at the 2019 World Rowing Championships, while the Norwegian Birgit Skarstein holds the best women’s time with 10: 13.63 (- 11.9 km / h) at the 2018 Worlds. Corne de Koning and Annika Van Der Meer from the Netherlands have the best time in double scoring with 8: 06.21 (+14.8 km / h) during the 2017 World Cup in Poznan, Poland. For the best Paralympic times, Tokyo is the first Games where the 2000m will be run. The Tokyo Paralympic Games will set the new Paralympic best times for all classes of boats. 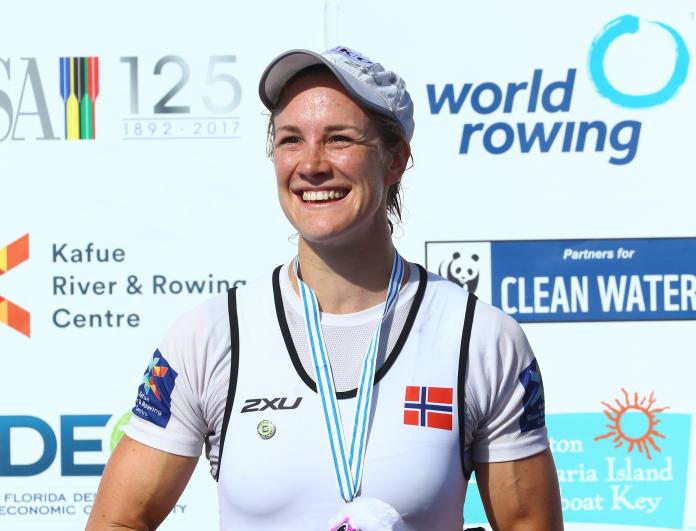 ten. The four elements of a rowing stroke are: catch, practice, recover and finish.

To catch is where the oar enters the water.

Drive this is when the athlete pushes the oar through the water to propel the boat forward. P1 athletes primarily use their arms for this process, P2 athletes their arms and trunk, and P3 athletes their legs, trunk and arms.

To finish this is when the rower pulls the oar out of the water.

Recovery this is when a rower holds the oar out of the water – but parallel to – and prepares for the next “catch”.