One of the most intriguing things about the Paralympic Games is 5-a-side football, a unique and quiet take on the world’s most popular game. Check out some of the best players to ‘silently cheer’ on at Tokyo 2020.

Story maker Hattab is no stranger to making waves on the pitch. He was part of the Moroccan team that made its debut at Rio 2016, becoming the first African team to compete at a Paralympic Games and the first player from the region to score a goal at this level.

A former goalball player, Hattab switched to 5-a-side football in 2013. His first appearance for the national team came in 2014, followed shortly after by victory at the 2015 African Championships where the Moroccan was the top scorer. By 2017, he had become team captain, leading his team to another regional title before reaching the quarter-finals of the 2018 World Championships… their best result ever.

Gaitan has been part of the Spanish team at all but one edition of the Paralympic Games. He was part of the sport’s incredible debut at Athens 2004, winning bronze, and helped his team to the same result at London 2012.

Nicknamed El Niño, the 39-year-old made his national team debut at the tender age of 16 during the height of Spain’s dominance in football 5. His first tournament – the 1999 European Championships – brought him his first major title. He would win five other regional crowns with his country and several top scorer awards, including at the Euros in 2019. 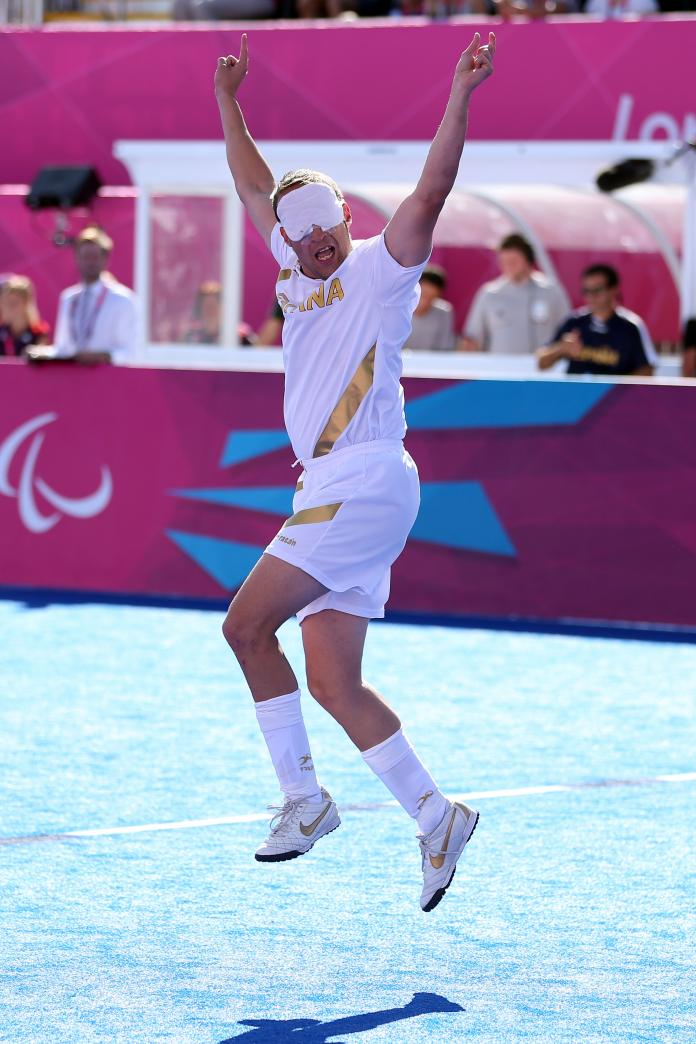 Padilla has been at the heart of Argentina’s Paralympic renaissance in recent years.

Since joining the team in 2009, the Argentine defender has made the Team of the Tournament at successive World Championships in 2014 and 2018. He has also helped his team to four Americas and Parapan American Games finals .

But perhaps more importantly, ‘Coki’, as he is known, was instrumental in bringing Argentina back to the Paralympic podium for the first time since Beijing 2008 to Rio 2016. 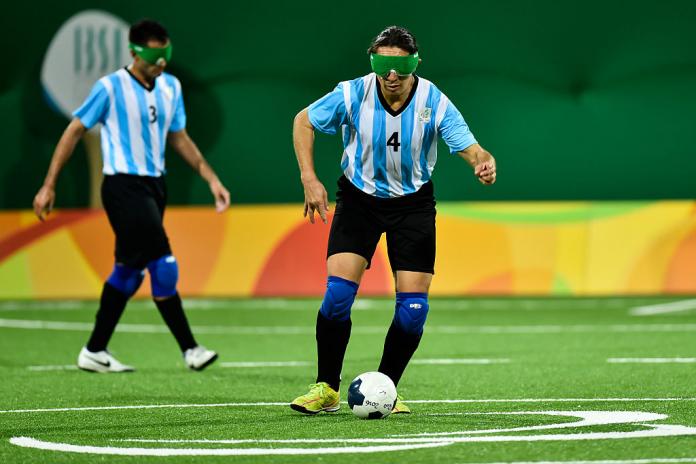 Although he had been part of the Brazilian soccer team for 15 years, it wasn’t until his home Paralympic Games that the world knew who the “Paralympic Pelé” really was.

Jefferson Goncalves, better known as Jefinho, rose to global fame when his country hosted Rio 2016 and his team carried the hopes of one of the greatest nations in the world of football on their shoulders. The Brazilian scored both goals in their 2-1 semi-final win over China before featuring prominently in their 1-0 win over Iran for the gold.

Jefinho has been on all but one Brazilian Paralympic team over the years. His reputation as one of the best footballers of his generation is no accident. 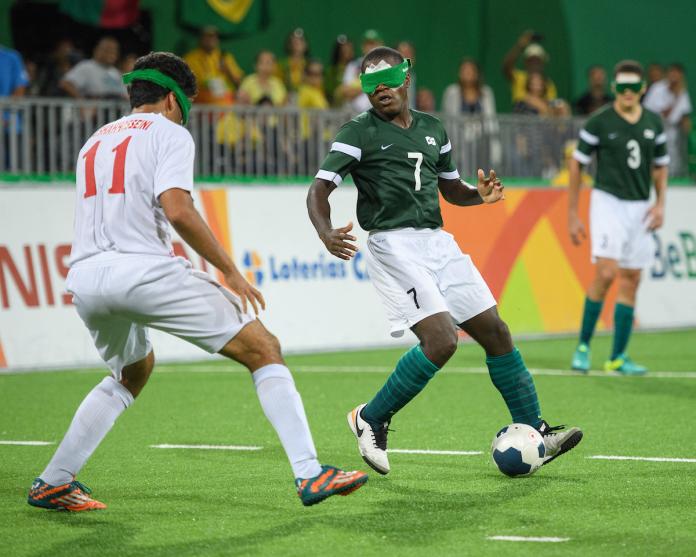 Jiansen Wei has helped maintain China’s place among the world’s top teams since reaching the Paralympic podium on their Beijing 2008 debut.

Coming out for the national team for the first time at the 2014 Asian Paralympic Games, Wei then scored his first Paralympic Games goal in 2016. China would be close to a return to the top three in Rio de Janeiro, but lost against Argentina in the bronze medal game.

Wei’s star qualities did not go unnoticed and in 2017 he was named team captain. Thanks to the faith of their coaches, a year later, China stepped onto the World Championship podium with Wei named to the team of the tournament.

With his versatility in attack and defense, Wei represents a new generation of Chinese footballers. 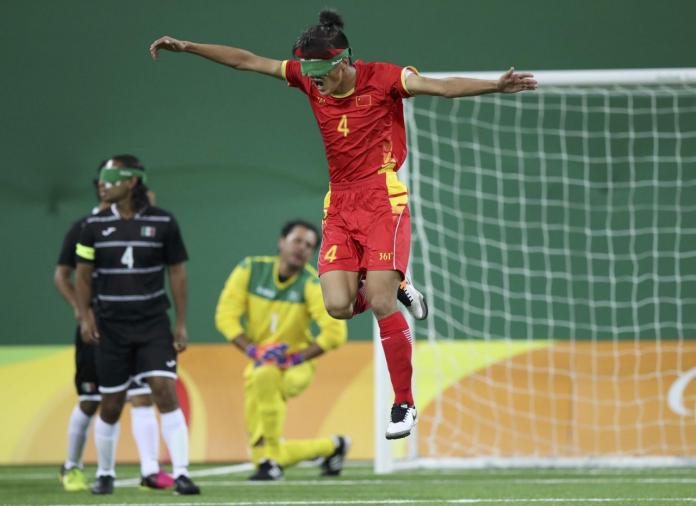 For more than a decade he was at the center of a superb Brazilian team that won every Paralympic title and lifted the trophy at the last three World Championships.

He led the team to victory at their home Paralympics in 2016, walking past 3,000 adoring home fans in the final against Iran and scoring the winning goal. But anyone who thinks Ricardinho has reached his peak can think again. He scored his 100th goal for his country at the 2017 Americas Championships, and in 2018 he was the top scorer at the Worlds, repeating his performance from 2014.

Having lost his sight at the age of 8 and what he thought were his hopes of becoming a professional footballer, Ricardinho’s career is what dreams are made of. 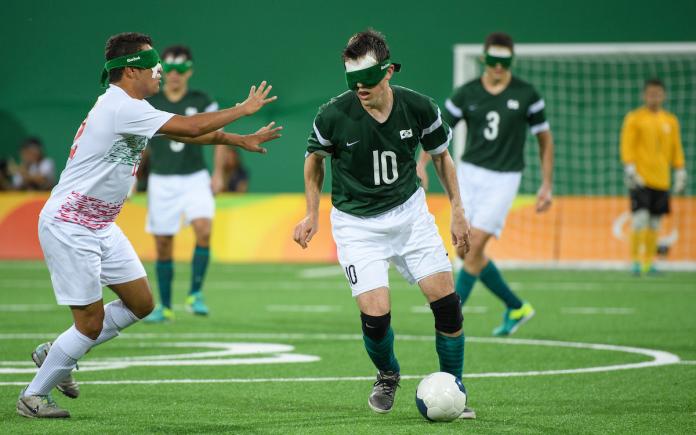 The rivalry between Brazil and Argentina in football 5 is as exciting as in the game of fortune-tellers. While Brazil have been the dominant force, players like Maximiliano Espinillo have emerged to shake those foundations in recent years.

After joining the national team in 2013, ‘Maxi’, as he is known, has been an integral part of an Argentina team that has pushed Brazil ever harder. At the 2014 Worlds, where Maxi made his debut, Brazil needed a penalty to win gold. Then, in 2017, he helped end their 57-game unbeaten streak with a winning penalty in the Americas Championships final. It was Argentina’s first regional title since 2005.

With players like Maxi, Los Murcielagos – The Bats – have a promising future. 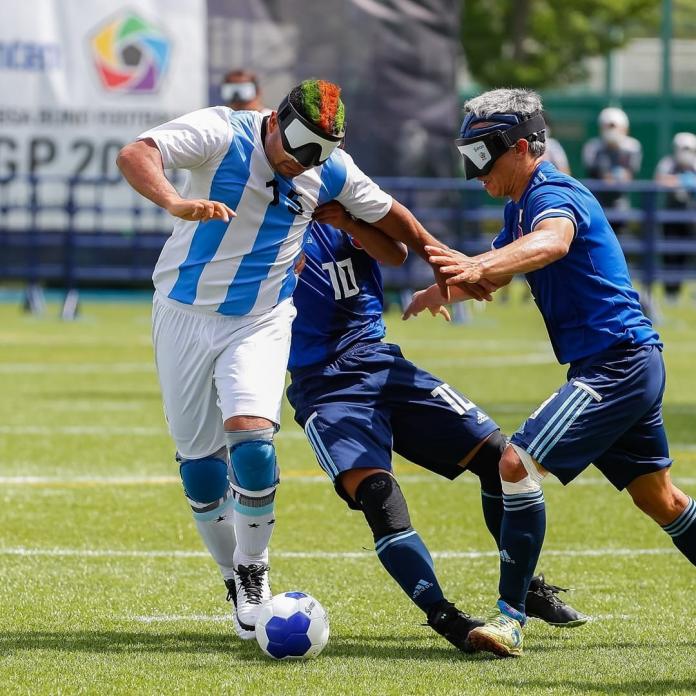 Few players make scoring as easy as France captain Frederic Villeroux. It is for this reason, and the fact that he achieved a better scoring average, that the Frenchman was compared to Lionel Messi.

During the club’s 2013/14 season, Villeroux scored 102 goals in 42 appearances for FC Girondins de Bordeaux. He is also one of the only active athletes to sit out when 5-a-side football debuted in Athens in 2004.

Villeroux has been a constant through France’s ups and downs in sport. He steered them to silver at London 2012 before missing out on qualifying at Rio 2016. Then, in 2019, he was named Player of the Tournament as he helped bring his country back to the Paralympic stage with European silver . 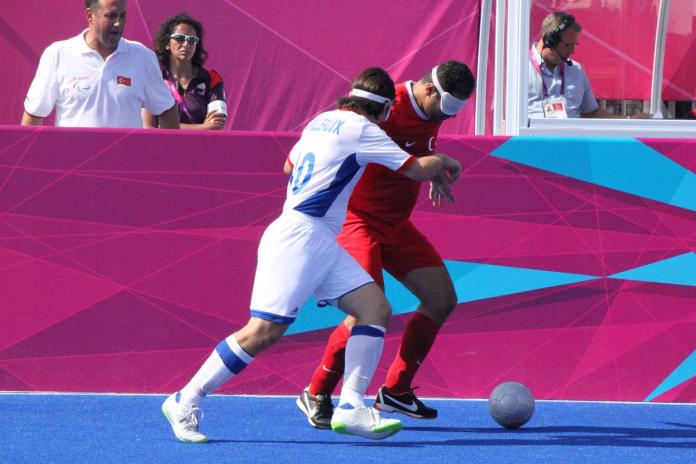 Japan team captain Ryo Kawamura has the skills and experience to lead the host country at the Tokyo 2020 Paralympic Games.

Kawamura became the first Japanese player to score against Brazil in 2013, shortly after losing his sight completely and joining the national team.

The striker led the team to the bronze medal at the 2019 Asian Championships, solidifying the progress made over several years as Japan headed towards the Paralympic Games. Thanks to Kawamura’s leadership, the country can now boast of being one of the strongest teams in Asia. 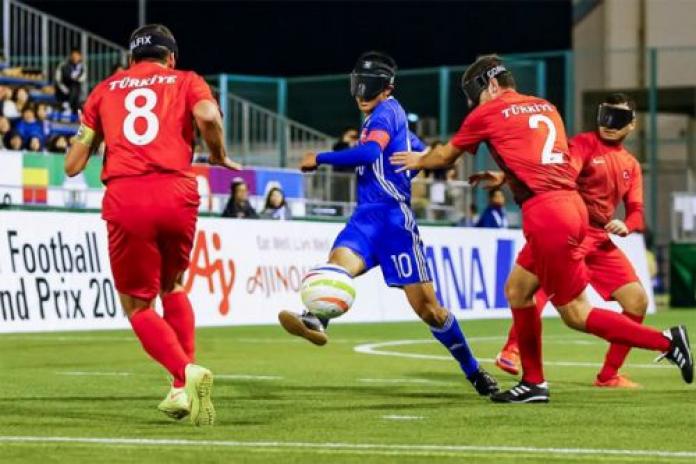 © Japan Football Association for the Blind